Several years ago I designed the first mobile app of glossary terms for instructional designers. Part of my goal was to understand how to design mobile learning. When Apple changed their specifications, I never updated the app and it’s no longer available. But these lessons learned still hold true.

When designing for this medium, consider the functionality, usability and aesthetics required for making an effective mobile application. Although many authoring tools are responsive (meaning that they adjust to the size of any screen), you may need a unique and uncluttered design for mobile learning. Here I’ve gathered up what I think are the best practices of mobile app design and applied them to mobile learning and mobile performance support.

Although mobile applications are often used while someone is busy and on the go, they are also used in a less dynamic context. For example, people check Twitter updates on their mobile phones while at home, they read articles on the phone while waiting in a doctor’s office, and for a quick bit of microlearning, they may use a mobile device at their desks if it is more convenient than a computer. Read more on mobile learning design patterns.

Probably the most realistic model for mobile learning and performance support is similar to how people use phones for other purposes—in short bursts of activity. Users probably won’t sit for an hour going through a full-blown eLearning course on a phone. The more likely scenario is that people will squeeze a mobile learning segment in between other activities. And they will access a performance support app while doing a task. Design for microlearning, informal learning and learning augmentation.

Many people who design for the web and for eLearning like to pack in the functionality. But remember that you are dealing with a smaller screen, small selection regions and perhaps limited processing capacity. Therefore, it’s best to minimize your grand ideas to a simple set of options that gets the job done. Less functionality should translate into a simple user interface that users can easily perceive and understand. For example, a microlearning lesson might only provide topic navigation from a hamburger menu, a way to navigate through the lesson and links to a glossary. Simple and straightforward.

Consider the fact that users expect to get the information they need in just a few taps. This is particularly important if you’re designing a mobile performance support app. Structure information so it can be easily accessed. When designs lack efficiency, people will be less likely to use the app. See 10 Ways to Organize Instructional Content for more on information structure.

There are many advantages to prototyping your mobile product before doing a final design. Prototyping gives designers a quick way to learn what works and what doesn’t. You can experience your mobile product by carrying it around, accessing it in different situations, and providing access to target audience group members for feedback. 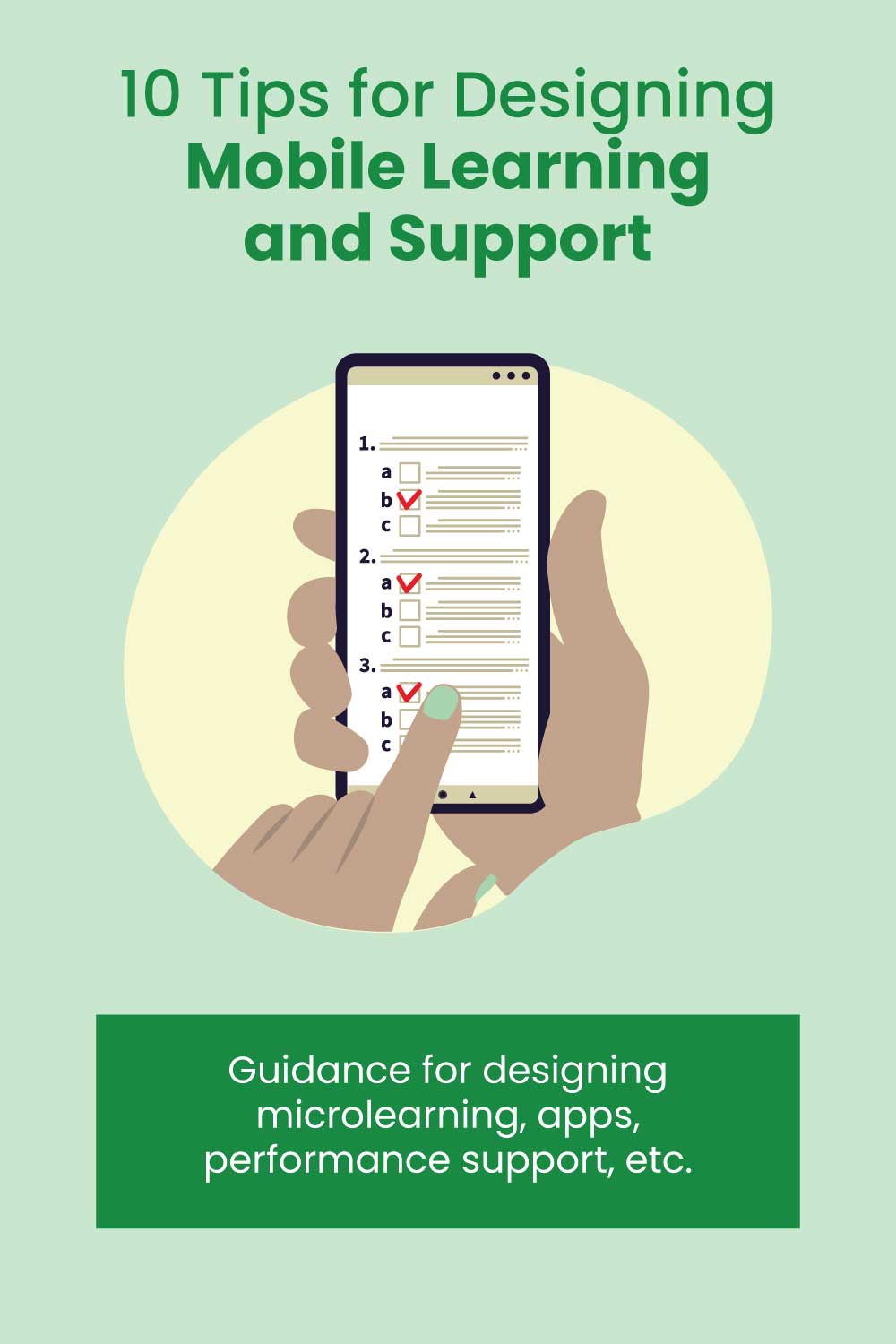