Cropping an image is a powerful technique of visual design that you may be under utilizing. It’s more than just making a photograph fit your space. Cropping refers to the practice of removing portions of an image to change the focal point.

It gives you control over the image’s meaning and aesthetics, allowing you to create emphasis and a center of interest through better framing. Cropping is a way to zero in on the message you want to communicate and the story you want to tell.

To maintain the quality of detail after making the crop, start with a high-resolution image. Also, make sure you work on a copy and not the master version of the photo. Now, here are ten ways to get the most out of image cropping.

Most stock photographs—and even those from a custom photo shoot—include visual details on the edges of the photo that detract from the focus. By removing the cars and detail on the left, the cropped image on the right has a much stronger focus of a father playing with children. When you start with a high-resolution image, you can crop for a tight shot that results in a close-up without losing quality.

2. Crop for drama and intensity

If you are telling a story or persuading an audience, you can crop for a dramatic effect. By removing that extra unimportant space in the photo on the left, I was able to focus on the facial expressions and actions of the main subjects, as shown on the right.

3. Crop to leave space in front of a person

Leave extra room in front a person in the direction he or she is looking. Otherwise, there is a feeling that the scene is abruptly cut off, as shown on the left. The additional space in front of the person on the right adds to the perception of the expansive landscape.

4. Crop to place the eyes in the top third of the frame

The woman with the headache, below on the left, has too much space above her head and she doesn’t appear to be at eye level. You can crop using the rule of thirds for a more powerful design, shown on the right. Place the eyes in the top third of the frame or right on the top third line. Additionally, you can place the important features in a third of the grid for a more compelling composition.

5. Crop to clip the head for a tight fit

Then there’s the problem of limbs. You don’t always have room to use the full body shot of a person in your slide so you have to crop. But where? There’s a general photography principle to avoid cropping a person at a joint.

Cropping at a body joint gives a photo an awkward look as shown on the left. Instead, crop at a place that doesn’t bend, as shown on the right. Cropping through the torso, mid-thigh, the waist and shins works with most photos. These are not hard and fast rules as it will depend on the shot. Photo from eLearning Art.

7. Crop while taking the shot

Photographers often recommend doing your cropping while taking the photo rather than in post-production. Known as cropping in-camera, this technique allows you to fill the frame with your subject at the resolution and size you want. Photo from Women of Color in Tech. 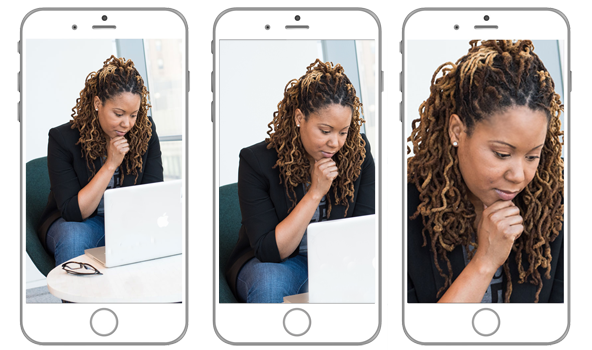 8. Crop to change the orientation of an image.

A horizontal orientation has a different effect on perception than a vertical one. You can use cropping to play with orientation to see what will work for your message and your layout. Photo by Eddie Klaus on Unsplash. 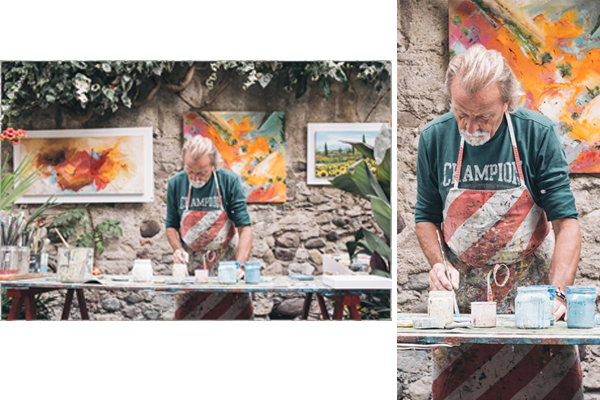 9. Crop close for a title screen

You can transform an extreme close-up of an object into a symbol of your topic. In an extreme close-up, the color, texture and lighting become the focal point, creating a compelling background for text. And because it may take a moment to recognize the object, it generates curiosity. 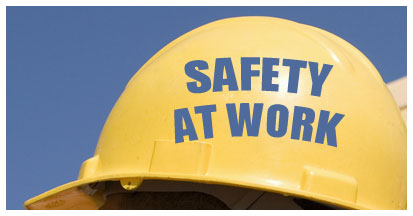 10. Crop to an eye-catching shape

The world may seem rectangular if you spend most of your day in front of a monitor. Because we are used to seeing photographs in a rectangular shape, using alternative shapes is another way to attract the viewer’s eye. In both of the examples below, the non-rectangular shapes add interest and focus to the photographs. Baby photo by Tim Bish from Unsplash.

How do you like to crop? Have other techniques? Respond in the Comments below. 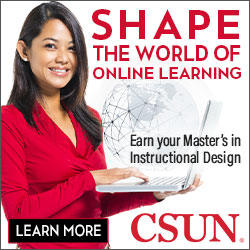