Storytelling and explaining through illustrated characters is an approach that’s gaining respect. Its an appealing and motivating format to many varied audience groups.

Find out how to get it right in this interview with Kevin Cheng, author of See What I Mean. (See end of article for a discount code from the publisher.)

COACH: What are the visual elements that define a “comic” style?
KEVIN: I like how Will Eisner, who coined the term “graphic novel,” calls it “sequential art.” Comics consist of the combination of words and pictures but words are somewhat optional. To me, comics are about the sequence and using that sequence to tell a story. That said, single-panel comics like Farside defy that definition.

COACH: What is it about the visual language of comics that makes it effective for communicating ideas?
KEVIN: In my book, I break down four characteristics that make comics a powerful medium: communication, imagination, expression, and motion.

In terms of communication, when you look at the elements of comics, it’s something we inherently understand—perhaps even before words. Whether it’s a speech bubble, or lines to express motion, we somehow understand, without any explanation, what is being conveyed. I think of comics as a universal language that everyone can understand and it’s why comics such as Asterix and Tin Tin have been successfully translated into hundreds of languages.

Comics are a universal language. From “See What I Mean” by Kevin Cheng

Comics are also great at abstracting away details so that readers uses their imagination to focus on what they want. You draw a character simply so that the readers can insert themselves or someone they know and relate to the character. This abstracted style of art also leaves room for comics to be incredibly expressive. Whether it’s a smiley face, the dynamic motion of a superhero, or Charlie Brown missing a football, the medium communicates a lot with very little.

But what I find most fascinating about comics is how they illustrate motion and time. You can simply add blank space to show that a lot of time has passed or a few repetitive panels showing the same thing to show someone waiting. Even within the same panel, you can illustrate someone moving by showing her multiple times and nobody’s going, “hey, did that character just learn to clone herself?

Visual language that shows passage of time. From “See What I Mean” by Kevin Cheng.

COACH: Have you seen this approach used effectively in the working world? Can you give us some examples?
KEVIN: Absolutely, and more and more so. Google used it to much press and success when they first launched Google Chrome. At a previous startup I worked at, Raptr, we had a comic to explain the product as part of the front page and found twice as many people signed up with that compared to a standard carousel highlighting the product’s features. Those are a few examples of it in use for marketing.

I’ve seen it used internally as well, both to communicate vision and to illustrate process. At eBay, various teams are using comics to scope out the potential flow of how someone will use the product. They also used a comic to document an internal process. At Adobe, Evangeline Haughey used comics to describe her usability research findings.

And of course, companies like LEGO and Ikea have used comics in their instruction manuals for years!

COACH: What are the limitations of the comic visual style? When is it not effective?
KEVIN: I’m not one who feels comics are a hammer and everything is a nail. That said, many of the examples are uses I had never even imagined. I think, like any medium, the trick is to learn the strengths and determine if those match what you’re trying to accomplish.

Comics are great at concisely telling a story. That makes comics great for describing the use cases of a product or to illustrate a process or flow. I think that, compared to pure prose, comics often have an advantage. We’re starting to see more books like Tony Hsieh’s Delivering Happiness come out in comic book form as an alternative.

Where comics don’t work as well are situations where interactivity is required and a prototype or interactive demo may serve better. I’ve also found comics to not work as well for live presentations because everyone reads at a different rate and you need to let everyone finish reading before proceeding (or awkwardly read the comic out to people). Comics also don’t have audio and definitely have a harder time creating emotional engagement compared to a well produced video.

COACH: I can almost hear people thinking, “I can’t draw.” How do you respond?
KEVIN: When you ask a kindergartener if she can draw, I think you’d be hard pressed to find one that feels she cannot. If you can draw a smiley face and a stick figure, you can draw. There’s a lot that you can communicate with just those tools. XKCD is a phenomenally successful webcomic and all of his art is stick figures.

Even if you feel that you need a bit more fidelity in your comics, there are a lot of tools out there to help you. You can take photographs and trace them, you can use online comic templates and you can create comics from online comic generators such as Pixton.

You Can Draw. From “See What I Mean” by Kevin Cheng.

COACH: For a high-quality finished product, such as one for an online course, manual or job aid, is it best to sketch and scan or to start digitally with a tool like Illustrator?
KEVIN: I don’t think there’s one right way to do it. I draw directly on a Wacom Cintiq into Illustrator but I also sometimes start with a piece of paper to sketch out the ideas. [Editor’s Note: Beginners may want to start with the much less expensive Wacom Bamboo tablet.] My thinking is that it will inevitably end up going digital for final touch up. It really is a personal choice though. Most professional comic book artists start on pencil and paper and they certainly put out quality products.

COACH: In terms of the storyline, do you have a few tips to help beginners avoid common mistakes?
KEVIN: The one I mention most is not to overuse captions to narrate what’s happening in a scene. When that happens, you’re essentially using the words as a crutch rather than telling the story through the comic itself and lost a lot of the effectiveness of comics.

COACH: Do you see a bias against the comic visual style? Should we prepare for resistance?
KEVIN: Mostly, the perceived resistance is that you won’t be taken seriously if you use comics. However, I’ve been surprised at just how accepting people are of the method when you try it. Much of the bias comes from within. If you believe in the medium you’re using, people are accepting of it. If you are shy about it and feel embarrassed that you’re using comics, people will sense that and reflect it back at you.

You can use the coupon code “COACH” for a 20% discount on See What I Mean and for all other Rosenfeld Media books. They have a great selection of design and user experience books. Also, check out Kevin’s new personal productivity app, Don.na. 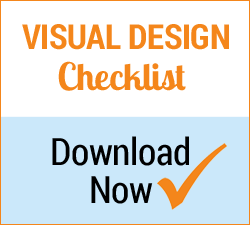