We now have many choices for the types of characters we use in eLearning and other types of training, such as photos, realistic illustrations and simple or cartoonish illustrations. There are advantages and disadvantages of using a particular type. When you are sensitive to the audience, the context, the performance goals and the organization’s persona, it is often obvious which style to choose.

When characters are engaging, they may help learners feel emotionally connected to the content. Also, characters and the stories built around them make learning more appealing, because our brains are wired for stories. Characters can also be interwoven into  games and challenges. Jeff demonstrated a course with a detective theme in which learners search for clues and enter secret codes to complete the course.

Other Uses for Characters

If you find that your audience enjoys certain characters, get more mileage out of them by re-using them in job aids and for information dissemination, such as featuring them on a related website. For example, characters used in a new hire orientation course can also point out important policies on the company Intranet or provide tips to new employees.

Another idea Jeff presented is to use eLearning characters in an internal marketing campaign to announce the release of a new course. When presented as part of a challenge or as a teaser for a story, these characters may create buzz and improve motivation.

Advantages of Building the Profile 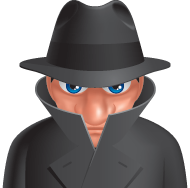 You can probably imagine the benefits of building out your characters ahead of time. First, you can rely on the profiles as you script the course, freeing some mental space for writing the story rather than having to remember the details about the people or creatures in your courses.

Second, developing a character profile ensures you will use characters in a consistent way throughout a story or scenario. It’s important that a character experiences consistent challenges and has a consistent personality. If you’re working with a team, it’s a good way to keep things straight among the writers.

Third, if you juggle multiple projects, a character chart can help you hit the ground running when you return to the storyboard or script. And finally, you can build a collection of characters that recur in course sequels or to re-use with different clients and audiences. It will become your personal character portfolio. They may even become your best friends.

What to Add to the Character Chart

According to the chart, you can add demographic information, how the character speaks and gestures, the character’s appearance and style of dress, and his or her work relationships and wider network. Unlike the charts that fiction authors use, the chart also provides a space for adding the Knowledge, Skills and Abilities (KSAs) that the character will be able to present.

Every story needs a protagonist. This is the central character who is faced with a conflict that must be resolved. The antagonist, on the other hand, presents the challenges that the protagonist must overcome. Depending on how you develop your story, a central character may be all that is needed.

Some characters that Jeff has used in eLearning include:

Some additional character ideas that might spur your imagination:

Where to Purchase Characters

You can draw or photograph your own characters or purchase royalty free stock eLearning characters from the sites listed below.

How do you use characters in eLearning? Comment below.

Get The eLearning Coach delivered to your Inbox every few weeks, with ideas, articles, freebies and resources. 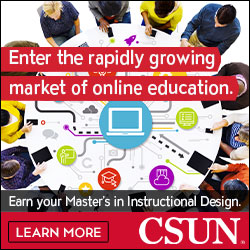