Do you get frustrated with the laughable photos you find on many of the large stock photo sites? Have you noticed that their photographs were shot for advertising or corporate collateral and not for training, education and presentations?

Until publishers and photographers understand that an important segment of their customers require photos that seem realistic, we’ll have to suffer through futile searches and wasted time.

For some people, the solution is to shoot original photos for every project. But many of us don’t have the time or budget for lots of photo shoots. And although stock photos made specifically for training purposes are a great solution, like the people cutouts from eLearning Art and the eLearning Brothers, they can’t cover everything we need.

So here are 21 reasons why most stock photos sites make me cry. I could write 50 reasons, but no time—I have to get back to searching for the right photo.

Get the latest articles, resources and freebies once a month plus my free Visual Design Checklist. 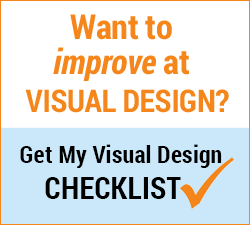