Working memory (WM) is the aspect of our brain that manipulates information in the moment. It affects most everything we do in terms of learning. This creates a challenge, because working memory can only process around three to four bits of information at one time. As if that’s not enough, information in working memory lasts only around ten seconds. These conditions set up the phenomenon known as cognitive load. But let’s start at the beginning.

The fact that our working memories have a small capacity and a short duration is what we are up against as people who want to learn and as learning experience designers.

Unlike working memory, long-term memory appears to have an unlimited capacity. Information in long-term memory (LTM) is stored in schemas, which are mental structures we use to organize and structure knowledge. Schemas incorporate multiple elements of information into a single element with a specific function. 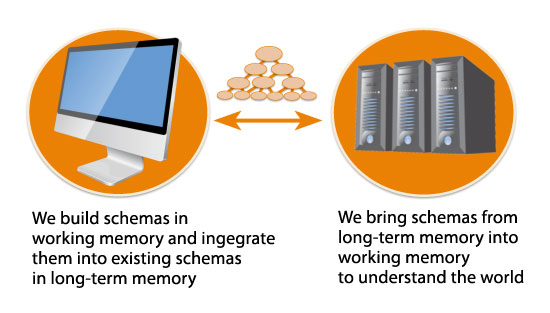 Working Memory is Vulnerable to Overload

As you have most likely experienced, sometimes learning involves great effort. That’s because working memory is quite vulnerable to overload. This occurs as we study increasingly complex subjects and perform increasingly complex tasks. As learning experience designers, we have to be aware of cognitive load, which refers to the total amount of mental activity imposed on working memory in any one instant.

What causes too much demand on working memory? One cause comes from an abundance of novel information. More information than a person can process. But high cognitive load is also strongly influenced by the number of elements in working memory that interact with each other. Often, complex learning is based on interacting elements that must be processed simultaneously. For example, learning to drive involves understanding how several elements simultaneously interact, such as considering the pressure required to brake, the amount to turn the steering wheel, staying alert to traffic conditions and making adjustments for weather conditions.

Not all cognitive load is bad. But a problem arises when the load exceeds the capacity of the person processing it. Cognitive Load Theory discusses two types of cognitive load: intrinsic and extraneous (or some call it extrinsic).

What We Can Do 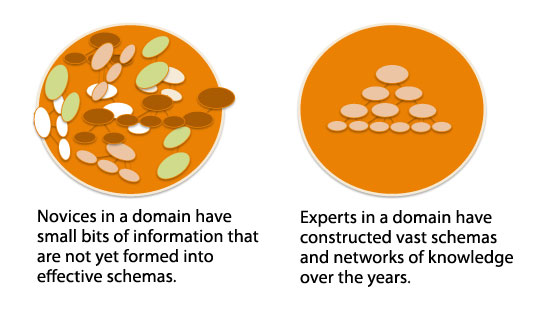 Two things that instructional designers can focus on to free working memory capacity are helping learners construct schemas and helping them automate schemas. Effective instructional design can help people combine elements of lower level schemas into higher-level schemas. This is one indicator of expertise. When a person is able to chunk multiple elements of information together, there is more working memory capacity available for solving problems and processing information.

As learners becomes increasingly familiar with content and skills, schemas change so that the information or task can be handled more efficiently by working memory. Our job is to facilitate this change in schemas, which ultimately, is what learning is all about. Listen to this interview with John Sweller, the developer of Cognitive Load Theory.

You may also want to read: