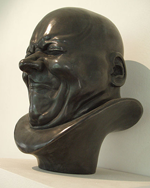 I’ve never done a formal survey, but I’m going to guess that the majority of online courses don’t have a strong emotional impact on their audience. This is true even though it’s been known for some time that appealing to the emotions is one of the keys to motivating people, attracting their attention and facilitating memory.

I have to admit, I don’t always think hard enough about the emotional dimension of my audience either. But I sense that if we were better able to recognize and speak to a learner’s emotions, it would help us escape the rigid design mindset that often prevails in our community. This is the first in a three-part series about this topic.

The idea that emotion and cognition are opposing phenomena comes from a long philosophical and scientific tradition. It was thought that if emotions were connected to feelings and bodily sensations then they must be quite separate from cognition, which was associated with logic and the mind.

Now sophisticated imaging tools like the fMRI have demonstrated the error in this thinking. We now know that emotion and cognition are dynamically intertwined and interdependent in terms of both neurology and psychology. Emotion and cognition not only interact, but their integration is necessary for adaptive learning.

The Amygdala and All That 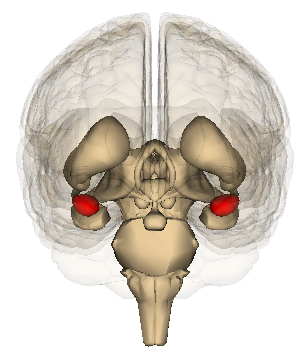 The amygdala is believed to play a key role in emotions

You can’t really discuss emotions without a nod to the amygdala. This is an almond shaped brain structure packed with neurons located as shown in this graphic (in red). Each half of the brain has one of these 1-inch long structures—not too far from the ear—thought to be part of the limbic system, which regulates emotion.

The amygdala is considered to be the primary component involved in emotional memory. Of interest to learning design, is that activation of the amygdala correlates with greater retention of information. In other words, increased emotional arousal following a learning event influences the strength of the memory for the event.

This makes sense in terms of survival. It’s important to remember the fearful and rewarding events in order to protect and enhance your life.

Emotions Are Our Alert System

Cognitive scientists define emotions as powerful, usually short-lived experiences that are a reaction to a specific stimulus. As part of the human evolutionary legacy, emotions arise from a rapid appraisal of an object or event’s significance in order to prepare us for action—similar to an alert system.

Emotions not only increase our general awareness and help us adapt to changes in an unpredictable environment, but they also facilitate social communication and interaction. That’s because we read the emotions of others through their facial expressions, bodily postures, gestures and tone of voice.

Related to this is the concept of feelings, which are the subjective experience of emotions. Whereas emotions are thought to be linked to survival, feelings are not. Emotions can be measured in terms of brain imaging, skin temperature, heart rate and blood pressure. Feelings are currently difficult to measure.

As designers, developers, educators and online facilitators, we can take advantage of a person’s emotional capacity to enhance learning. Read about it in Emotions and Learning: Part II.

Do you try to speak to the emotional dimension of your audience? Tell us how.

Emotional Design: Why We Love (or Hate) Everyday Things
The Emotional Brain: The Mysterious Underpinnings of Emotional Life 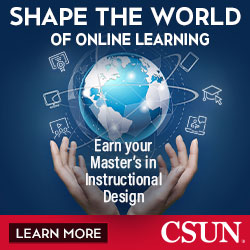