Did you ever end up on a project that required video and somehow you became the default expert? That’s what happened to me early in my career. At first, it was a bit unnerving. But like any hard-core learning experience practitioner, I just pretended I knew what I was doing and got on with things.

If you suddenly find yourself responsible for a complex training video production—you know, more than sitting in front of your web cam—you’ll need to do some major planning. Here are some of the key things you’ll have to consider, plan for and get done.

Script for a Training Video

You will need an approved script prepared in a standard video format and distributed to the talent (actors) in time for them to memorize their parts. If you are a designer and writer, this is a great opportunity to learn the craft of scriptwriting and storytelling. You’ll need to learn how to show rather than tell and you’ll need to know the effect that varied camera shots can have on your script. The alternative is to hire a scriptwriter.

From a practical standpoint, training videos typically use the two-column (audio and video) type of format with the narration, sound effects and music in one column and visuals in the other. Dramatizations often use the full-page screenplay format. Just use the one that works best for communicating your ideas and for future planning.

Every scene in your training video will need an appropriate location and you’ll need to hunt these down. You might find suitable locations in your office that only require a few props or you might choose to film in a public area. In that case, you may need written permission to set up and implement a video production outside of a studio. Be sure to have the approval forms on hand. Alternately, you can hire a video production house and use one of their studios where they will create the sets. This nearly guarantees you’ll have an interruption-free location where you can really focus on the shoot.

Planning how to implement the production takes a lot of thought. There are several production documents that are more or less required for a multiple-scene and multiple-day video production. Large productions require numerous documents, but you can probably get by with these three for smaller industrial/training videos.

One of the best ways to identify and select the best actors for your production is to have auditions. You can also browse talent sites with video samples online. The highest paid and often most professional actors are part of the Screen Actors Guild (SAG) in the US. I assume other countries have similar organizations. You’ll also find talented actors who choose to go nonunion, so don’t overlook them. If you are going low budget, you can often cull a cast from acting students at a local college. Don’t forget to have the selected talent sign release forms that give you the rights to use them in the video.

At all costs, try to avoid anyone untrained in acting, including your client’s employees and friends. Unless they have some great talent that was previously hidden, using untrained actors in training videos can really put the final nail in the coffin.

Okay let’s face it. Most budgets for training videos are not soaring through the roof. I’ve directed video productions with one crew member: a camera person. Ideally, however, you’ll be able to afford the following:

Videos that have a training focus will need one or two people on hand who are focusing on content and instructional strategies.

In my experience, video crews and acting talent expect to get fed. Leave some room in the budget for a catered event or at least sandwiches, snacks and drinks.

All modifications made to the video after the recording are considered post-production work. This includes editing, voiceovers, special effects and conversion to various formats. You’ll need to plan who will do this type of work. If you don’t have the capabilities in-house, you’ll need to hire a video studio to do the post-production work. You may be able to document how you want the video edited by time code. To reduce errors, however the producer of the video (which may be you) may need to sit with the editor to identify how sequences should be assembled. It’s slow and tedious work.

I wish I’d had a list like this when I became the default video expert. Hopefully, you’ll be more prepared than I was if the “video expert” role lands in your lap. And if you need to do something similar with photos, see How to Plan a Stock Photo Shoot for eLearning. Another resource that may be of interest is this article from 99 Designs: How to Create a Video. 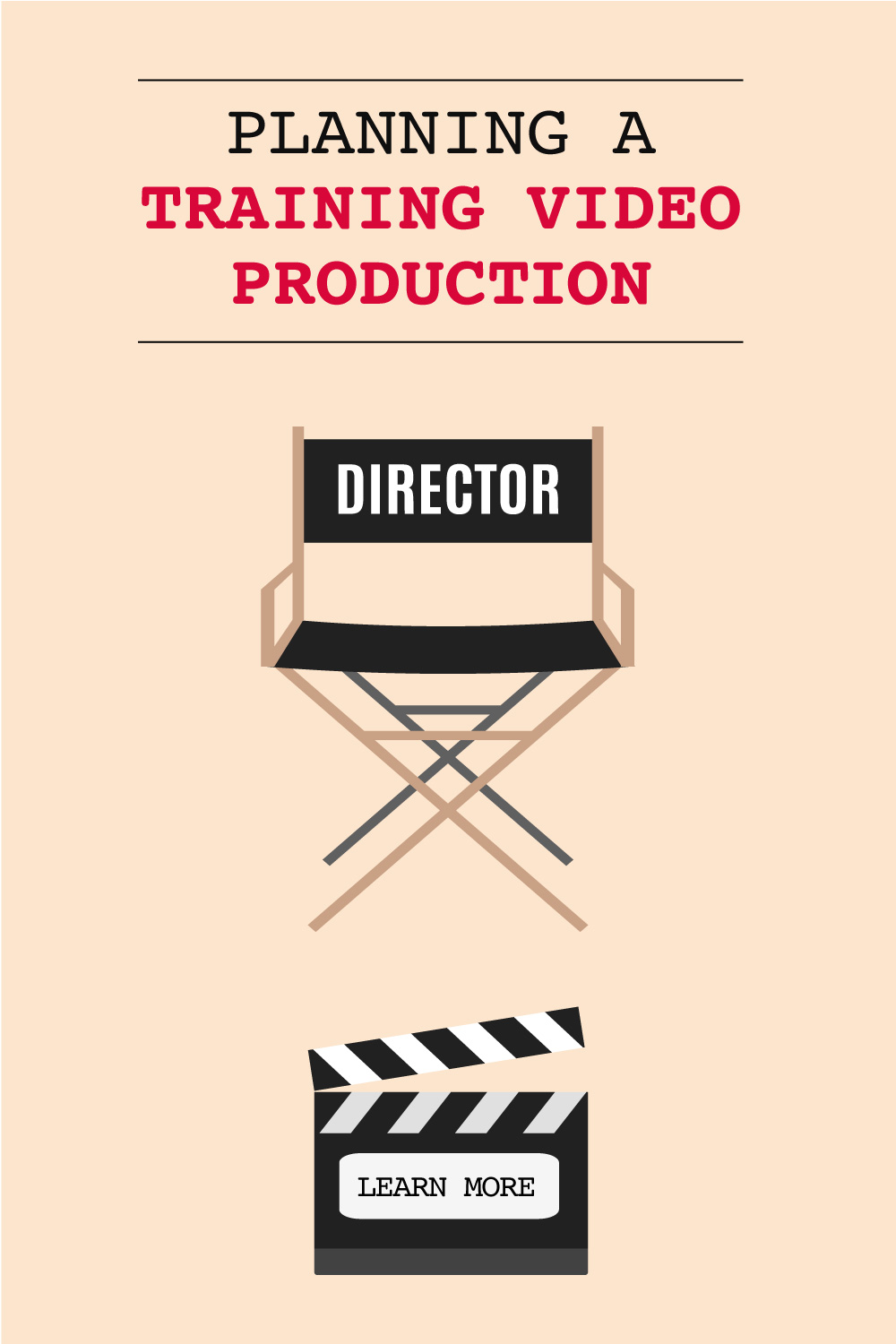